Anatomy of an Experiment 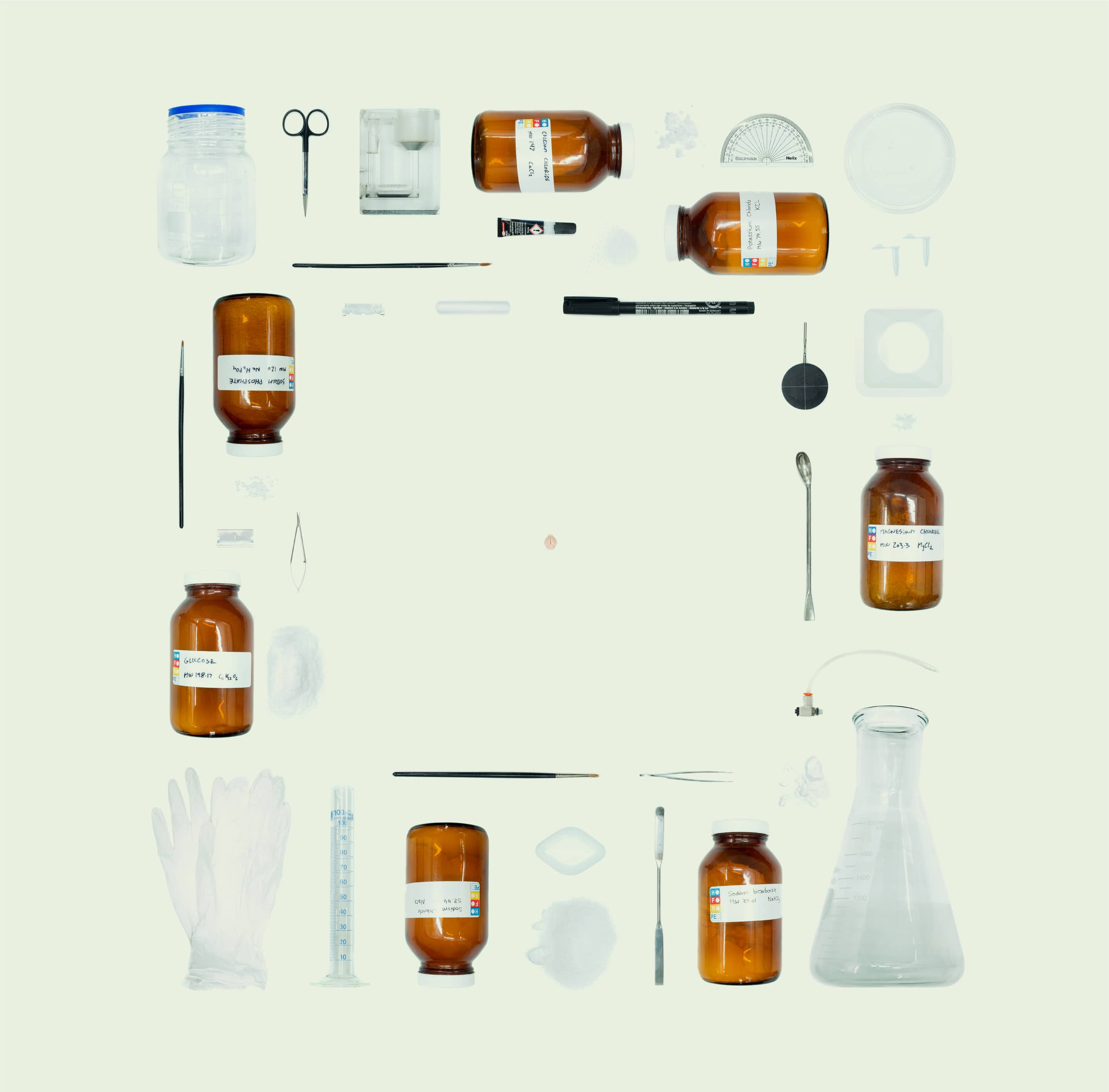 In August 2015, I teamed up with Cristiana Vagnoni to create an image which would capture the complexity of patch clamp electrophysiology - a widely used technique to record electrical activity of single neurons. The aim was to highlight the amount of preparation and materials required to sustain and study a tiny piece of flesh (e.g., a mouse brain, depicted in the centre). We viewed it as a contrast to the typical neuroscience images which are featured in science exhibitions: intricate cell morphologies, stained in bright colours. The hard work behind these images is obscured to the public and also deserves recognition. The image won the SNAPSHOT Scientific Image Competition run by Phenotype Magazine. To get a high resolution image, we photographed each individual item up close and digitally stitched everything together into a final composition.

From the Phenotype Magazine write-up:

Their image is a photographic representation of the preparation of the patch clamp electrophysiology technique, which allows the electrical activity of single neurons in the brain to be observed. The chemicals shown in the image are used to replicate the cerebrospinal Euid, keeping neurons healthy and functional for the experiment and the tools shown are used in extracting and preparing the brain, which in this image is that of a mouse (centre, roughly 1 cm width in actual size).

Even though neuroscience has been more widely publicized within recent years, with many members of the public aware of major results, the public’s knowledge of how these results are obtained is lacking. With this image and their artistic collaboration, Lev and Cristiana hope to provide a way to conceptualize these methods, making research more accessible to the general public and inspire other researchers to do the same.